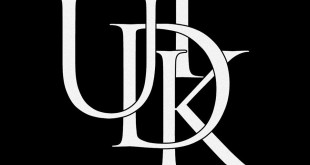 The Association for Social Research and Communications (UDIK) informs the public that on Wednesday, January 27, 2016, will organize an activity on the occasion of the Holocaust Remembrance Day. Half-hour activity will be carried out at noon at Fra Grga Martic Square in Sarajevo.

Holocaust Remembrance Day is an international memorial day on 27 January which marks the anniversary of the liberation of the concentration camp Auschwitz – Birkenau by Soviet troops in 1945. In the period between 1933 and 1945, the Nazis and their collaborators across Europe persecuted millions of people. They treated them extremely inhuman, deprived them of dignity and finally killed.

In 2005, United Nations General Assembly adopted a formal resolution on the commemoration of this day. The resolution calls on all UN member states to honor the memory of Holocaust victims. Moreover, this resolution encourages the development of educational programs, which aims to show the determination to help prevent genocide in the future. For this reason, UDIK believes that this resolution is a good example which should lead civil society in Bosnia and Herzegovina, and apply it to our community and thus contribute to preventing a repetition of our tragic past. Like the Holocaust, Srebrenica left the deepest mark in our memories and not commemorating this genocide, and not giving importance to crimes that are less visible in the community, is the hypocrisy of all those who deal with human rights and freedoms. While we are not sufficiently prepared to commemorate the crimes relating to our recent past, we shouldn’t show the hypocrisy of commemorating exclusively international dates.