Home / News / MISSING PERSONS, MEMORIES AND MEDIA IN POST-DAYTON BOSNIA AND HERZEGOVINA AND THE REGION

MISSING PERSONS, MEMORIES AND MEDIA IN POST-DAYTON BOSNIA AND HERZEGOVINA AND THE REGION 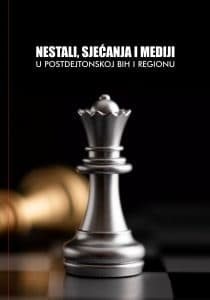 Although more than two decades have passed since the war in Bosnia and Herzegovina, the fate of more than 7,000 missing persons remains unknown. “More than 25,500 remains have been found so far, and more than 23,500 victims from the past war have been identified and their remains are buried. There are more than 2,000 unidentified remains awaiting identification at 12 morgues and autopsy centers. Therefore, addressing the issue of unidentified remains is one of the priority missions in the coming period”, said Lejla Čengić.

According to UDIK, there are more than 3,500 memorials in Bosnia and Herzegovina, Croatia, Montenegro, and Serbia dedicated to the victims of the wars of the 1990s, mostly built in the post-war period (though monuments were also built during the war). Edvin Kanka Ćudić, UDIK’s president, pointed out: “Numerous analyzes have shown that many of these monuments, but also those commemorating the victims of WWI and WWII and some earlier periods, are actually the cause of conflict in local communities and they deep existing divisions and intolerance among the locals.”

Today’s role of the media is inseparable from the role they had during the war of the 1990s. For journalist Ibro Čavčić, the following is important: “Only objective and impartial reporting in the post-conflict community can have an important role in the process of dealing with the past. Where dealing with the past is not the goal, it is impossible to talk about the role of the media in the process of achieving that non-existent goal.”